Is Mario Strikers Charged Worth Playing Before Battle League? 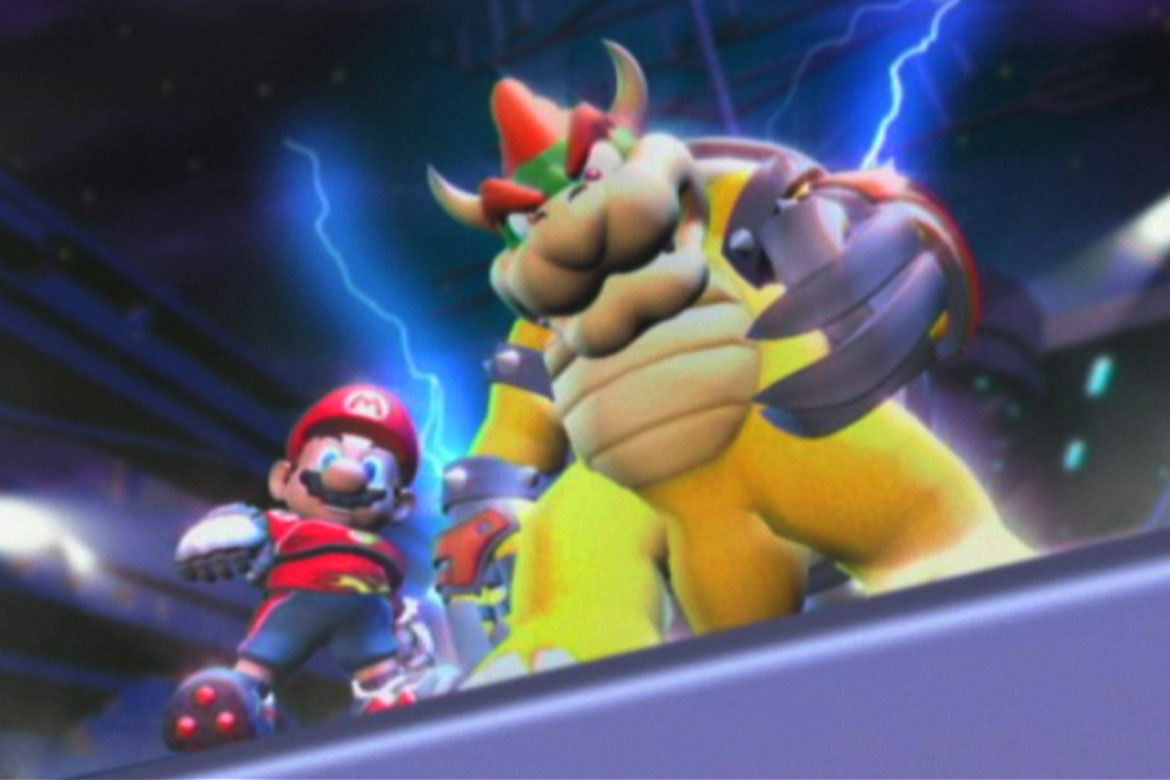 Mario Strikers Battle League is officially coming out this summer. While I’ve enjoyed the Strikers franchise for quite awhile, it feels to me like its one of the lesser appreciated Mario sports titles and I’m happy to see that we’re finally getting a new one.

For the uninitiated, Strikers is pretty standard fare when it comes to Mario sports games. It’s a fun arcade experience with both items and typical Nintendo craziness to help shake things up. It’s not a perfect game, but it’s still fun overall.

So, if you’re wondering if you should bother to add Strikers Charged to your collection to get ready for Battle League, I thought I’d take a look back at the Wii entry and let you know if it’s worth your time or not.

At its heart, Strikers Charges is one of those easy games to pick up, yet it gives you enough depth to feel like you can actually master the game and build some skill. The mechanics are fairly straightforward: passing, shooting, dodging, using items, shoulder tackling, and slide tackling. If you make enough space to hold the shot button with your team captain, you’re given a chance to score up to 6 goals with a Megastrike shot as well.

The game plays essentially how you might expect a Mario sports game to play and it feels right at home in Nintendo’s library. The game is a lot of fun in single-player but you can also play with up to 4 players, which is generally how a lot of Nintendo’s games tend to be most enjoyable.

Strikers Charged wouldn’t be a classic Mario sports game without giving players the option of choosing from a pretty typical Nintendo cast of characters, so they allow you to choose from 12 different team captains which include the usual suspects like Mario, Luigi, and Peach, but also include some of the slightly lesser used characters like Bowser Jr. and Waluigi.

As expected each captain plays differently and has their own stats (Movement, Shooting, Passing, and Defense). In the original version of Super Mario Strikers, the team customization essentially stopped at the choice of a captain, but in Strikers Charged, you’re also given a chance to choose your sidekicks as well, which each have their own strengths and weaknesses.

The combination of choices allows you to customize a team that fits your playstyle and it’s definitely a welcome feature. There’s also a handful of unlockable characters and stadiums as well, which further adds a bit more customization to the mix.

A good arcade sports game wouldn’t be complete without a variety of modes. Fortunately Strikers Charged has a decent selection of modes to choose from which include standard Exhibition matches (called “Domination”), Seasons, and Challenges.

Seasons (called Road to the Striker Cup) allow you to play increasingly difficult cups back to back with a team you choose at the very beginning of a new season. It keeps your record throughout and it’s a nice extended, more cohesive version of what you’ll find in the original Strikers.

The challenges put you in various situations that award you with cheats when you complete them, which is adds a nice little incentive to do them (some of the are absolutely BRUTAL unfortunately). The cheats are fun gameplay modifiers that are worth unlocking though, so the effort actually feels worth it. Cheats aside, the challenges still add something else to the mix with Strikers Charged that makes the game more enjoyable.

While the game is definitely fun, there’s actually one minor thing that I think holds the game back a tiny bit and that’s the motion controls. This game came out when Nintendo was apparently fully in on motion controls, so they sadly didn’t give players the option to use GameCube or pro controllers of any sort like we saw with Mario Kart Wii and Super Smash Bros. Brawl.

Fortunately, the motion controls are minimal, but I wish they were completely optional. Flicking the Wii remote makes your player tackle on defense, which feels natural, but the issue is more when the megastrike shots come up. You have to point at your screen and try to stop the shots by aiming at various spots where the ball shows up. It would have been perfectly fine as a quick-time thing, but alas, Nintendo sadly didn’t give us that option. Other than that, navigating the menus by aiming at them these days doesn’t feel particularly great either, but as I said initially, the motion stuff is only a minor complaint.

Should You Bother Playing It?

Overall, if you think that Mario Strikers Battle League looks like a good time, I’d absolutely recommend giving Strikers Charged a shot. The game remains much more affordable than the GameCube entry and it feels like it has quite a bit more going for it than the original Super Mario Strikers.

You can find a complete copy for a little over $20, which is definitely WORTH IT, especially if you’re a fan of arcade sports. I’m pretty hyped for Battle League, and getting back into Strikers Charged has felt like a fantastic reminder of how good Strikers really is.

Do yourself a favor and give it shot!

How to Find Out What Your Retro Games Are Worth