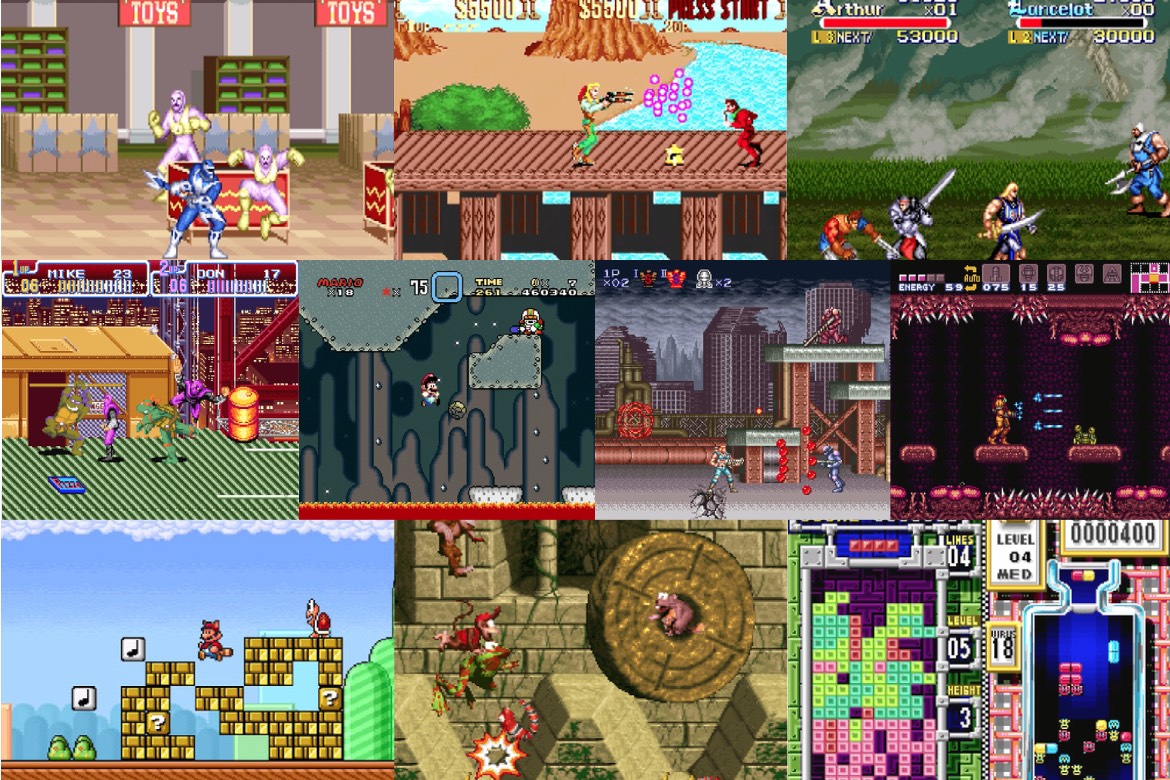 The SNES is easily one of the greatest consoles of all-time. Not only does it contain classic JRPG’s that so many gamers hold in high regard, but it also has plenty to offer in nearly every other genre as well.

While we’re not the biggest JRPG fans here at Worth it or Worthless, we’re still big SNES fans. So, without further ado, here’s a list of some of our favorite games on the system.

Contra is one of those franchises that, generally speaking, seems to stand the test of time well. Contra III isn’t the easiest game by any stretch of the imagination, but it’s still fun to play these days if you’re willing to stick it out through quite a few game overs.

Contra III takes the run and gun gameplay that people know and love and dials it up to 11 by making everything feel more chaotic and explosive. There’s also some top-down levels that make for an interesting twist as well. Classic weapons like the Spread and Laser Guns make their return as well as some newer additions like the Homing Gun.

Overall, if you like Contra and you’ve never had you soul crushed by the brutal experience of Contra III, it’s worth checking out. Beyond the regular SNES cartridge, legit options here also include the Contra Anniversary Collection on modern platforms as well as the SNES Classic.

Donkey Kong Country is one of the best-selling SNES games for a reason. Not only was it a groundbreaking platformer when it came out originally, but it’s still fun to play all these years later.

Loads of secrets, an awesome soundtrack, unique animal companions, and co-op modes only serve to enhance a unique and fun experience that makes this game worth a spot in most retro gamer’s collections. Hopping back into Donkey Kong Country after leaving it on the shelf for awhile always seems to feel like coming back home to one of those games.

The cartridge is still affordable if physical games are your thing and of course, the game is available on the Switch Online Service as well. No matter how you choose to come back to DKC, you’ll be doing yourself a favor by at least spending time heading back through the first world. It’s an absolute classic.

Knights of the Round

If you’re a fan of beat-‘em-ups and you’ve never played Knights of the Round, please do yourself a favor and look into it. It’s a classic arcade beat-‘em-up that adds a bit to typical formula by adding a few things like a leveling system and blocking. As you level up, your characters start to look more and more interesting and the game just feels fun to play in general.

The SNES version is sadly pretty expensive if you’re interested in adding a physical copy to your collection (it’s a fairly special game that’s enjoyable to come back to again and again), but another great option is always the Capcom Beat ‘Em Up Bundle where you can play the original arcade version which supports 3 players instead of only the 2 players that the SNES version supports.

No matter which version you choose to play, Knights of the Round is one of the best classic beat-’em-ups out there and you won’t go wrong either way.

Power Rangers is an essential bit of 90’s nostalgia for a lot of folks. It saw a lot of games released in the 16-bit era, but the SNES version of Power Rangers: The Movie is probably the best of the bunch.

It’s a side-scrolling, co-op brawler with some interesting mechanics that make it worth checking out. You start out each level by choosing your Power Ranger, defeating enough bad guys to gain the energy you need to morph, and then eventually fighting typical Power Ranger’s monsters at the end of each level.

It probably wouldn’t make it to most people’s desert island lists like it did for us on episode 77 of our podcast (a bit of a running joke in our community now), but it’s still absolutely worth checking out, especially if you’re a Power Rangers fan.

Contra is a legendary franchise for a good reason. However, when you start talking about the games from the 16-bit era, it feels like they started to become outright brutal and create that aura of “Contra hard”.

This is where Sunset Riders steps in and gives players fairly similar gameplay to Contra while ramping down the brutality a bit. Affectionately referred to by us as “Cowboy Contra”, Sunset Riders takes the fun parts of a side scrolling shooter and makes for an all-around fantastic and polished experience. It’s honestly one of the best games on the console.

While the cartridge itself can be pricey these days, if you’re looking for a legit way to play it a bit cheaper, there’s always the Arcade Archives version available on modern platforms for just $7.99. The arcade version supports 4 players instead of the 2 on SNES.

There’s not much that can be said about Super Mario World that hasn’t been said before. It’s one of the greatest platformers of all-time. The level design is great. The soundtrack is fantastic. There’s A TON of secrets to discover and enjoy. Super Mario World is an easy pick for this list.

If you’ve just never gotten around to checking it out for one reason or another, the avenues here are plentiful. The original cartridge is pretty cheap and other options include the GBA or the Nintendo Switch Online SNES app. Regardless of which one you choose, the original SNES and the GBA version are both great options.

Nintendo’s penchant for bringing old games to newer hardware is something that they’ve been doing essentially since they’ve been in the video game space. Super Mario All-Stars is a great example of that practice working REALLY well.

Nintendo not only took the games that were already popular on the NES and added new graphics and features like saving, but they also added the Lost Levels into the mix, which makes the whole thing feel like a nice like “Super Mario Legacy Collection”. It’s Super Mario Bros. with better graphics. There’s not much that you can go wrong with here.

This is another one that you can get your hands on in several places, including the SNES app on the Nintendo Switch Online Service. Fortunately, the original cartridge is still pretty affordable as well if you’re looking to add this one to your collection.

At this point, I feel like Super Metroid is somewhat similar to Super Mario World in that there’s not a whole lot to say that hasn’t been pointed out elsewhere.

Super Metroid helped invent the Metroidvania genre and it’s still a lot of fun to play. The upgrades and exploration provide a fun and unique experience that you won’t find in most other games from the 16-bit era. To this day, it still feels like a pretty special game.

The cartridge itself can be a little pricier these days, but the game is available as part of the Switch Online Service for the non-collector. If you’ve never given Super Metroid a shot, it’s one of those games that everyone should add to their gaming bucket list to check out at the very least.

TMNT was an essential part of childhood for A LOT of folks and Turtles in Time is easily one of best things came from that craze. One of the best game developers at the time took one of the best franchises out there and made something that’s still an absolute blast to play.

The music is fantastic. The game feel is great. It has co-op. It’s not overly long which means it doesn’t overstay its welcome. It’s actually beatable. There’s A LOT to love here.

If you like beat ‘em ups, then be sure to add this one to your collection as it’s worth coming back to time and time again. The cartridge can be a little bit more expensive, so if collecting isn’t your thing, at the very least pick up the Cowabunga Collection to play it along with some of our other favorites.

Here’s yet another good example of putting great things together in a “collection” and reselling it on newer hardware. Tetris and Dr. Mario are easily two of the greatest puzzle games of all-time, but that’s not the only reason this cartridge is worth considering for your collection.

Tetris & Dr. Mario brings a “Mixed Match” mode to the table where players can race against the clock through 3 different game types (Tetris Mode B, Dr. Mario, Tetris Mode A). The third mode is Tetris Mode A and it lasts until the time runs out. You can set the options for each mode as well as the time on the clock to tailor the experience to your liking. It’s a unique and fun mode that makes this one worth considering for the collection.

Fortunately, the cartridge isn’t too pricey these days, so if you love puzzle games, be sure to consider picking this one up, especially if you have a friend or family member who likes to compete in puzzle games.

This list is by no means exhaustive, but if you ask us for our top recommendations, these are definitely the games that come to mind for us personally. I hope you found something new to check out! If you’re looking for more recommendations, be sure to check out our list of 22 NES Games to Check Out in 2022!

Get These Games Before the Wii U eShopocalypse!

The Games We’ve Hated the Most