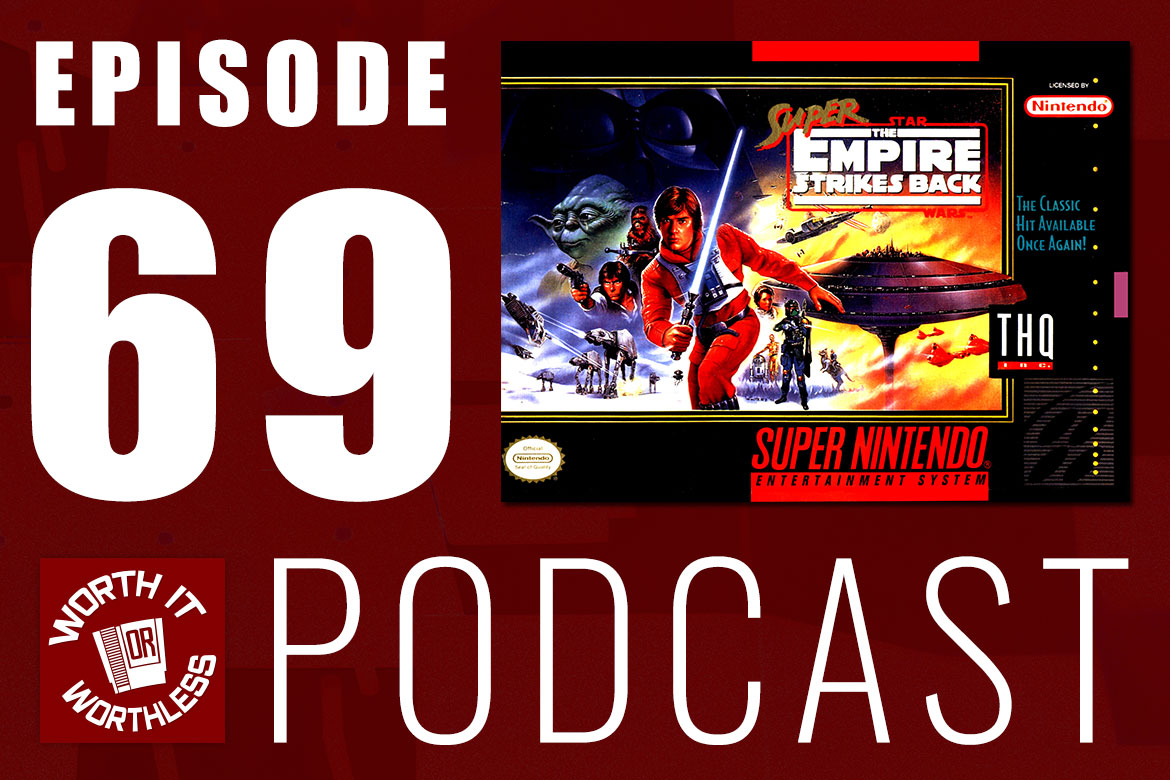 On this episode of the show, the boys travel back to a galaxy far, far away and find the wrath of the Empire in full-swing.

• Join us on Discord: https://discord.com/invite/kQ9nV6f

• Everything else that we’re doing: https://linktr.ee/wiowpodcast

Super Star Wars: The Empire Strikes Back on Wikipedia

Super Star Wars: Return of the Jedi on Wikipedia

Super Star Wars: The Empire Strikes Back on Fandom.com

Super Star Wars: The Empire Strikes Back Cheats on GameSpot.com

• GameChops music is provided with a Creative Commons License

• Small volume adjustments were made to a small part of Megalovania.

• The music that can be heard during our discussion of the game’s soundtrack is from the game itself.

For the month of May 2021, one lucky participant has the chance to win a copy of Star Wars Battlefront 2 (2005) for the original Xbox.

To enter, simply listen to the “Bounty” segment of the episode and submit your answer in the form of a direct message or email to any of our social media profiles or to one of the hosts on Discord (links above/info in the episode).

Entries will be accepted until May 31, 2021. After which a random winner will be chosen and announced on an episode of the podcast in June 2021 (the winner will be contacted after the episode goes live).

Extra entries can be earned from joining our Discord and leveling up on the server by chatting! This does require the participant to enter the main bounty segment via a DM still. The Discord entries will not be counted if the user does not submit an appropriate DM entry.

Episode 100: Celebrating 4 Years of the Podcast