Bubble Bobble Neo! – A GREAT Way to Play a CLASSIC 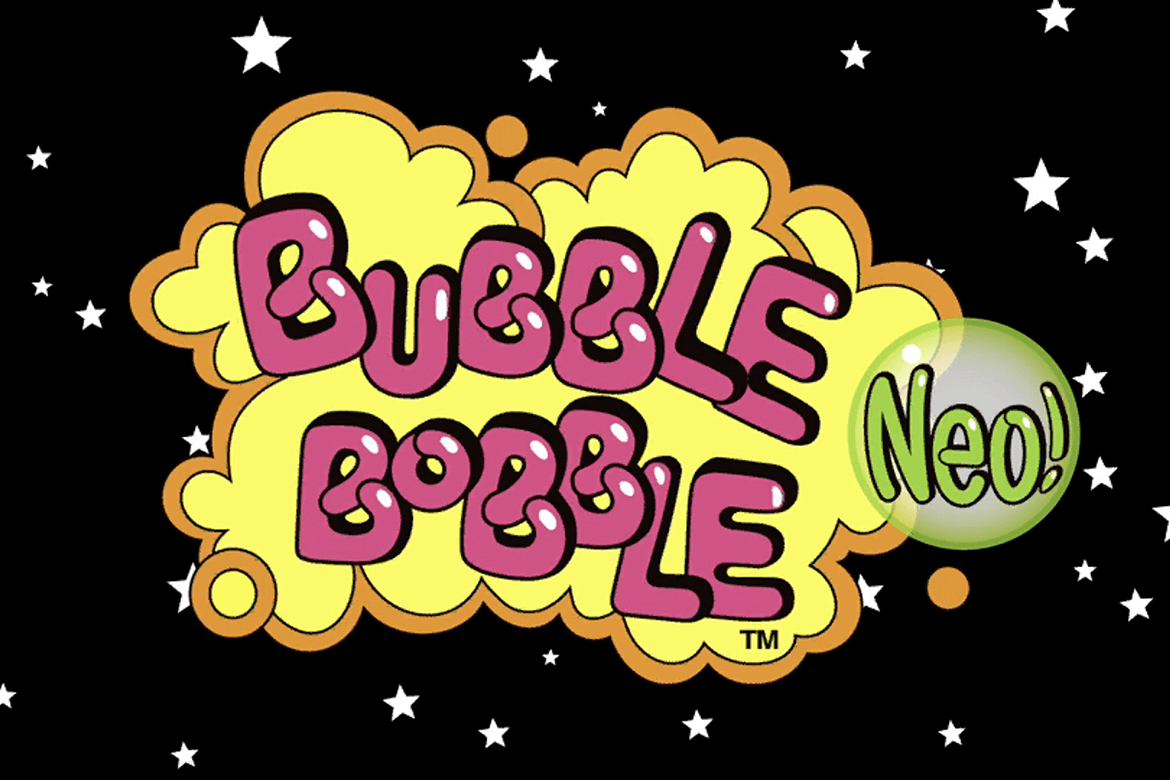 I have a weird affection for Bubble Bobble. Back when GameStop basically tossed all their retro stuff in a bargain bin in the middle of the store (circa 2003), one game they kept in their glass case was the NES version of Bubble Bobble. It was a staggering $14 at the time, so I assumed it had to be pretty good and ended up buying it.

To keep a long story short, trying to beat that game with my best friend at the time was a ton of fun. So, essentially I have a lot of nostalgia when it comes to Bubble Bobble. Which brings me to this article…

Bubble Bobble Neo is a game that came out on Xbox Live Arcade back in 2009, and I’m pretty sure that I’ve never heard anybody talk about it. Ever.

So, maybe it’s because the game isn’t worth talking about? I’d have to disagree. As a fan of Bubble Bobble, I’m actually pretty happy that Bubble Bobble Neo exists. Let’s talk about why.

I like the arcade version of Bubble Bobble, but it’s not the most player-friendly game when it comes to seeing the game through to the end. It doesn’t let you continue, so it’s actually pretty brutal if you’re looking to get through every level.

The NES version brings some nice quality of life updates and add things like continues and a password system. It’s originally how I fell in love with Bubble Bobble. That being said, Bubble Bobble Neo adds some nice features and changes to the NES and arcade versions at a price lower than the NES cartridge.

It’s got the classic Bubble Bobble gameplay wrapped up in an HD package with updated graphics and some 4-player modes as well. Not only does it have a mode for anyone looking for the same levels from the original, but it brings a host of other modes along with it that make it one of the BEST ways to experience Bubble Bobble.

Classic Mode is exactly what it sounds like. It’s the classic levels from the original Bubble Bobble with the updated graphics that Neo brings. It’s the only mode in Bubble Bobble Neo that only supports 2 players instead of 4. This takes the approach of the NES version and allows the player to continue whenever they run out of lives.

Looking for more Bubble Bobble beyond the classic levels? Arrange mode has you covered. It brings a new set of levels and shakes up the format a bit with new elements like slopes.

Vs mode allows you to compete through various stages to see who can survive the longest. If you’ve got a group of friends who love Bubble Bobble, this has the potential to be a lot of fun.

If you’re hungry for even more NEW Bubble Bobble levels, the DLC packs are a great option. There’s 2 different packs and they’re only $2.99 a piece. Each pack brings 50 new levels. Just a warning though, from what I’ve played thus far, these extra levels can be pretty tough.

This should be a given, but I’d like to point it out just in case you’re wondering. You can quit in the middle of a session and load up your progress later. You can’t select levels or keep multiple saves, but at the very least, you can pick up where you left off if you want.

Bubble Bobble 4 Friends came out more recently on modern platforms, but if you’re looking for CLASSIC Bubble Bobble gameplay with 4-player modes, you can find it on the Xbox 360 for a fraction of the cost.

The base game is $9.99 on the Xbox 360 (sadly there’s no backwards compatibility on Xbox One), and the 2 extra DLC packs are $2.99 a piece. This brings a total of 300 levels and a vs mode to enjoy in Bubble Bobble Neo for just under $16. If you’re interested, as is always customary with Xbox Live Arcade titles, you can download a free demo to try out the game for yourself.

You can find more info on the Xbox Marketplace. I hope you enjoy it!