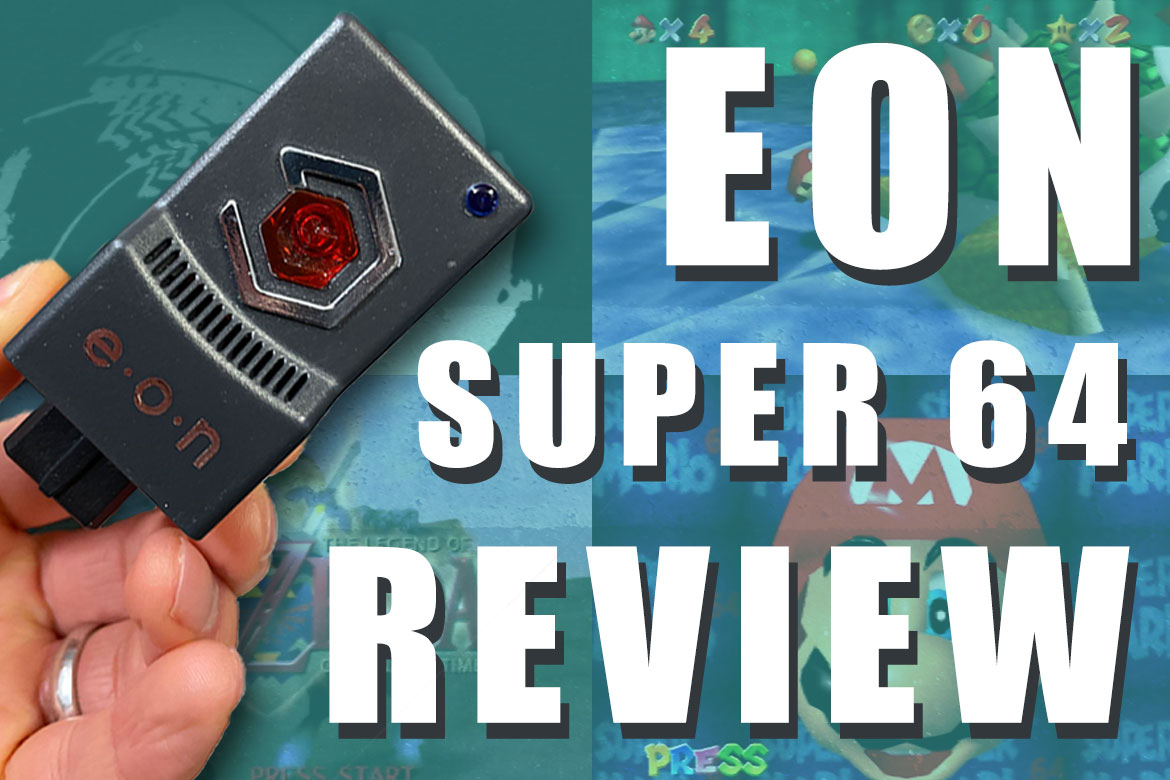 A couple years ago, I purchased an EON Super 64 off of eBay. At the time, I assumed it would allow me to have the same great HD experience on my Nintendo 64 that I’d had with my Retron 5 years prior. Not only was it a convenient HDMI port that made capturing high quality N64 footage for Worth it or Worthless easily possible, but it was a device that spoke to my enjoyment of playing upgraded retro games in a modern context.

If you’re unaware, the EON Super 64 is a plug-and-play HDMI port for your N64. Not only is it a convenient way to hook up the console to a modern TV, but also has a “Slick” mode on it which helps clean up the graphics a bit as well.

For all its promise, the EON Super 64 bears a sizable price tag of $160 (some retailers sell it at $150) which, I’d imagine, is enough to give most retro gamers a bit of pause before buying the device. So, at that price, let’s talk about whether it’s truly worth it.

As promised, the adapter is totally plug and play. Some of the other N64 upgrades I’ve seen out there require taking apart the console and having some electronics knowledge to mod the system (unless you pay a premium to have them installed for you). This is where the EON really excels in it’s simplicity. It removes the headaches that come along with modding a system for the folks who don’t enjoy those kinds of projects.

The only downside here is that if you’re running the HDMI cable through certain setups outside of just your TV, the EON can stay powered on, even when the N64 itself is off. For capturing footage and streaming, my setup includes a couple of splitters. One HDMI to HDMI & Audio adapter, and one HDMI splitter, which allows me to run an HDMI source to 2 different places (a screen for playing and a computer for capturing footage).

When I leave the HDMI cable plugged into the EON, my monitor thinks its receiving a video signal and the light on the EON indicates that it’s on. This is probably not a common issue for a lot of folks just looking to use it straight into their TV, but it’s an issue I deal with whenever I’m doing something N64 related.

The other feature that the EON boasts is “Slick Mode”. This mode smooths out jagged edges on games and cleans them up a bit. In theory, it sounds amazing. However, when I turned on “Slick mode” for the first time, I had to do a double take to see what the EON actually did. It didn’t look like it made any difference.

I actually paused the game and looked at some letters on the screen and I could finally see that it actually WAS working, it just wasn’t the increase in quality I was expecting. Now, screenshots won’t do a great job reinforcing this, but when the game itself is in motion as you’re playing it, the increase in graphical quality isn’t CRAZY. The N64 goes from fuzzy, jagged 480p, to fuzzy, smoothed out 480p. Don’t get me wrong. I’ll take the upgraded version every time, but I was disappointed that this mode wasn’t as much of a game changer (literally) as I was hoping.

Worth it or Worthless?

Now, I’m not gonna get too into the competition here for modding and upgrading your N64 as I don’t have any personal experience with the other options. However, you might get more bang for your buck if you go to the trouble to get a proper mod for you N64 which enables more bells and whistles. However, as far as simply getting your N64 running on your HD screen, the EON definitely does the job well.

At the original time of writing this, the EON Super 64 is sitting at $160 on Amazon (I’ve seen it on sale for $150). Typing that sentence out hurts me a bit since that’s nearly the price of one of my favorite retro gaming things in the world, the Retron 5, which does so, so, so many more things. If you take a look at the reviews on Amazon, a lot of them reflect the same sentiment. That is, the price is an issue here for what the unit does.

To be clear, I LIKE the EON Super 64. It’s a great solution for someone like myself who cares about a better experience with retro gaming, but isn’t very interested in paying significantly more for the highest-end gear (all though this probably fits into the high-end category). That being said, the EON Super 64 is still pretty expensive.

If price isn’t an issue and you just want a really easy way to play your N64, on your modern TV, the Super 64 will definitely meet that need. If you’re looking for more than that, I’d recommend looking elsewhere at getting a mod kit with more features.

At the full price of $160, I have to say the the EON Super 64 is WORTHLESS. However, if you’re still really interested in the unit, you can probably save $40-$60 if you look for a used one on eBay.

Thanks for reading the article! I hope it was helpful! If you’re looking for more retro gaming reviews, be sure to check out our reviews page!